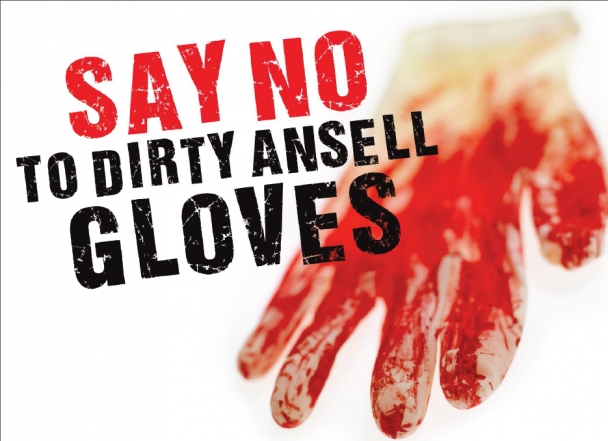 Ansell has refused to reinstate those sacked or recognise their union

The AMWU joined other unions to rally last week outside the annual general meeting of Australian multinational Ansell to highlight its persecution of workers in Sri Lanka.

Unions shamed the maker of plastic surgical gloves and condoms on its home turf for sacking nearly 300 lowly-paid workers at its Sri Lankan factory for going on strike.

Unionists holding balloons made from Ansell condoms chanted for the reinstatement of the workers  and held signs that read "Ansell, there's a hole in your story."

They handed shareholders information about Ansell’s sacking of 40 per cent of its workforce at the Sri Lankan surgical glove factory this time last year for striking in support of union delegates. 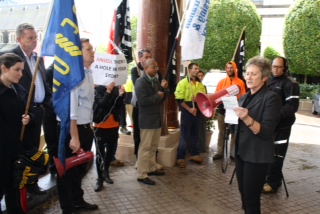 The Australian protest took place as part of co-ordinated global actions against Ansell by the global union federation IndustriALL.

were dismissed in 2013 when trying to bargain for better than poverty wages and improving safety in the face of outrageous production targets.

“Ansell workers are paid terribly and have to work in shocking conditions but the company have refused to reinstate those sacked or recognise their union,”.

“It has defied a ruling by Sri Lanka’s Supreme Court to do so, but the AMWU is among unions which will not be letting Ansell off the hook for behaving in a way it wouldn’t dare try in Australia.”

The nurses and midwife’s union warned that its members will begin pushing hospitals and clinics to seek alternative suppliers of surgical gloves other than Ansell if the company does not change its attitude and actions.