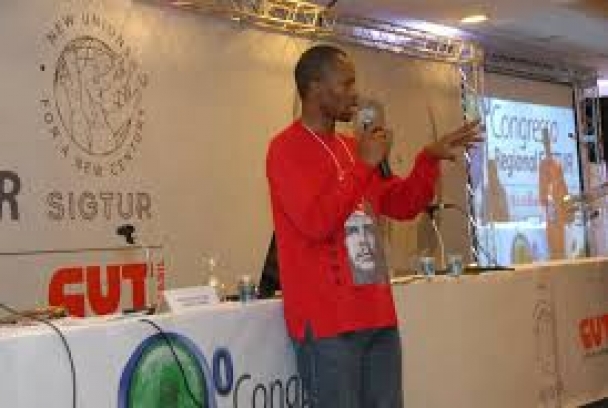 The congress discussed and conclude the congress Declaration needed a sense of realism. The need to continues our fight to secure global economic justice, congress reconised the forces pitted against us are formidable: free market global capitalism has consolidated the power of multi national corporations to an unprecedented degree. The congress discussed the fact that a mere ten corporations control the sector and of these the top three control 40 per cent of the total. They have budgets bigger than many nation states. However, we also observe that these forces are deep in crisis produced by financial hyper speculation which de-legitimizes capitalism as a system and provides new opportunities for struggle.

SIGTUR as a solidarity network is an active and living voice of workers in the global South representing a diverse and broad spectrum of trade unions committed to global economic justice that seeks to inspire ordinary workers to take up and intensify and effective class struggles against the exploitative system of neoliberal globalisation and the increased suffering of workers and communities in all our countries. It aims at ensuring that the voice of workers in the global south and around the globe is not censored or suppressed in whatever form.

SIGTUR’s primarily emphasis that we represent and support democratic trade unions and their radical struggles for economic justice at national, regional and global levels.